Question: I am applying for a green card based on marriage to a U.S. citizen. We just received our interview notice from USCIS. What will USCIS ask at the green card interview?

Answer: If you are in the United States and your spouse submitted an application for you to obtain lawful permanent residency (a green card), you will have to participate in an interview.  The interview is the last step before USCIS decides to approve or deny your application to adjust status. Both of you must attend the interview.

Typically, the officer will interview you and your spouse at the same time. If everything goes smoothly, the interview might last just 20 minutes.

What documents should I take to my marriage green card interview?

Both of you should bring a government-issued photo ID. You must also take original versions and copies of other biographical documents that you previously submitted, such as birth certificates, your marriage certificate, and divorce decrees or death certificates to prove that all prior marriages have been terminated. You should also bring copies of all evidence you submitted with your application. Moreover, some applicants have to wait at least ten months between the time they submit their application and the day of their interview. You should bring any new evidence proving the genuineness of your marriage that you obtained after you submitted your application, for example monthly statements for joint accounts, new leases or deeds, and new photos.

What questions will USCIS ask at the marriage green card interview?

The USCIS officer will first ask each person to confirm the information previously provided on Forms I-130 and I-485, for example their full name, date and place of birth, parents’ names, current address, and current employment information.

The officer will ask the beneficiary the questions on in the section titled “General Eligibility and Inadmissibility Grounds” on Form I-485, including:

These questions can be long and complicated, so be sure to review Form I-485 before attending your interview.

Most importantly, the USCIS officer must verify the bona fides of your marriage. The officer will ask questions to ensure that you did not marry solely to obtain an immigration benefit. These questions can include:

cai C.
06/06/22
Lawyer He is professional ,detail-oriented, work efficient and informative. Although his office is closed at weekends, he gives call back in a timely manner for no matter when you need. He offers help with the best price! I first consulted him , he didn’t ask any fee but spent a lot of time on answering my questions patiently . I really appreciate his time n work . 何博雅律师很专业，讲细节，高效率 信息量大。不管你什么时候需要他 他都及时回电 而且律师费非常实在 我初次咨询他 他非常耐心解答没收任何费用 不计较时间 感谢何博亚律师。

Xiaozheng C.
05/26/22
Harrison is a very nice and warm hearted person, he is a very professional lawyer. Choosing this lawyer is the best decision I made with my husband. Although he is Caucasian, he speaks very fluent Chinese. Using Chinese to communicate with Chinese clients in Flushing has no problems at all. He is very responsible, every time we asked questions he replies fast and patiently. He went to interview with us and did everything he can to support, we appreciate him very much! Highly recommend to everyone who is looking for immigrants lawyer! 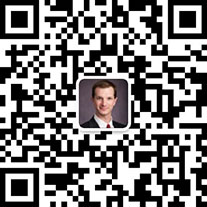 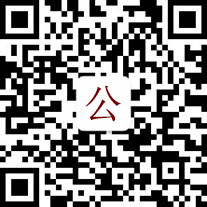